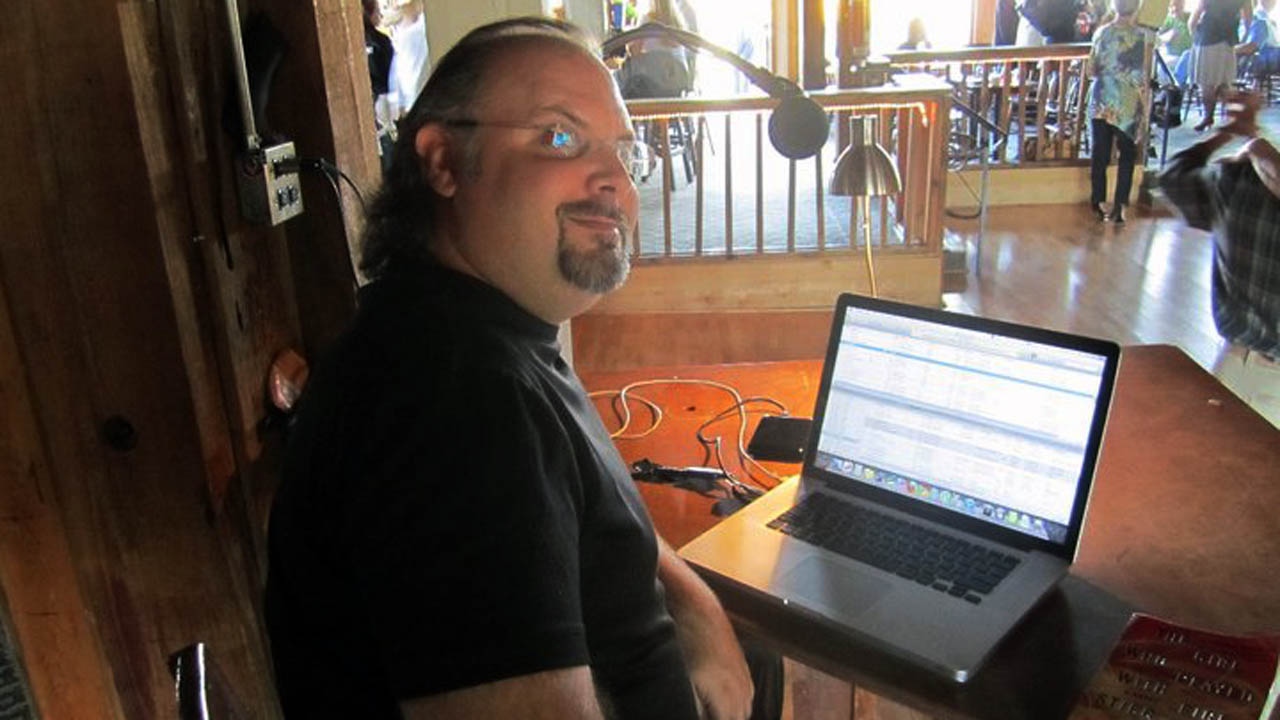 How to DJ a Milonga

My most important rule, above all else, is to pick music that people enjoy dancing to. If people are dancing well and enjoying the milonga then the DJ is doing his/her job. Just like with the dance, I believe there are many guidelines, but few hard rules. To every rule there is an exception, but the guidelines are there for a reason and have stood the test of time and they should be followed, unless you have a good reason not to.

Music Organization
To build great tandas, a DJ needs a large collection of music. I have  6,000+ Tangos, 100%+ Vals and 500+ Milongas. Now out of that collection there might only be 1,000 songs that I consider good for dancing. I say good because I have no interest in playing ok songs, only good songs. I have my music organized in iTunes and have each song tagged with Title, Author, Year, Singer, Genre, Composer.

There are those that like pre-made tandas and on-the-fly tandas. I do both. I have many pre-made tandas, by all the major orchestras, that I know are great and have a wonderful flow from song to song. I also have what I call "Tanda Collections" these are groupings of between 5 and 15 songs that could all go together to make a great tanda. I could use them in most any order and the flow should feel seemless.

If there is one of these guidelines that I would say, is the most important one, it would be the one about internal consistency within a tanda. I feel very STRONGLY that all the songs in a tanda should work together and flow nicely from one song to the next. Here is a typical traditional tanda which conforms to the guidelines mentioned above:

As you can see, all of the songs are from the Orchestra of Carlos Di Sarli. They are from a two year period from 1942 to 1944. All feature the singer, Alberto Podesta, and they all have a very similar feeling, tempo, and structure.

If the tempo (speed / beats per minute) change from song to song, I generally start with the slowest  and end with the fastest. You could also do the opposite. I feel pretty strongly that the difference, in tempo, of the songs in a tanda should be minimal. The same goes for the style of songs. For instance, I would not mix a guardia vieja style tango, with a strong dropping beat, with a slow smooth, lyrical tango.

Of course, all of these guidelines can be broken, within reason. You can mix singers and play songs from very different periods, etc... BUT the songs should have a very similar feeling and tempo. No song should feel out of place. This takes a lot of time to figure out as a DJ and I can sometimes take hours just to build a single 4 song tanda.

Now Dance to the Tanda
I think one of the best ideas for building a good tanda is to try and dance to it. I usually test new tandas out near the beginning of the milonga and try dancing to them with a partner that I trust.

Playlist or On-the-Fly
People have very strong feelings about whether or not you should build a playlist ahead of time or if you should DJ on the fly. I generally start from an existing playlist and then make changes depending on my mood and what I feel the dancers at the Mionga will enjoy. I probably change about 50% of the playlist through the evening. I generally start with very traditional and easy to dance to music and then get progressively more challenging through the night. I usually use the format TTVTTM (2 Tango Tandas, 1 Vals Tanda, 2 Tango Tandas, 1 Milonga Tanda) and repeat.

The Larger Flow
I like to create a flow to the milonga by playing a variety of orchestras with different styles, moods and tempos. One of my pet peeves, is a milonga where all the songs are rhythmic songs from the 1930s. While I love those songs, I don't want to dance to them for 4+ hours. If I am sticking with the TTVTTM model, here is an example of what I try to do:

Often, I start off with a Fast to Medium tempo tanda and then a slower tanda, leading into a Vals or Milonga tanda. Then after the Vals or Milonga tanda to pick the energy level back up, Often, when I play really dramatic music that takes the mood way down, I follow it with a vals or milonga. Also, some dancers find dramatic songs challenging, so they may sit out those sets, and a vals or milonga set will get them back onto the dance floor.

BUT sometimes, I do the opposite and play Pugliese or any really dramatic slow tanda, after a spirited vals or milonga set, to give the dancers a chance to calm down.  So, as you can see, there is no absolute formula and some surprises here and there can be good.

Don't just sit at the DJ booth, I feel strongly that DJs should dance. I think to myself, "If that DJ were dancing to this tanda, then they would surely see the problem with it and would never play it again." Make sure that if you do dance, that you inform your partner that you may need to leave the dancefloor quickly to make any adjustments.

Cortinas
Cortinas (Curtains) are short 30 to 60 second snippets of songs that are not meant for dancing. They are played between tandas, so that the dancers know when a tanda is over and they can exit the floor. Cortinas can be made from any type of music as long as they are not confused with Tango. At some Milongas in Buenos Aires, the DJs would somtimes play full length Salsa, Bachata or Rock and Roll songs for people to dance to between tandas, BUT not between EVERY Tanda. These long cortinas would be spaced throughout the evening.

People love telling me that you can dance tango to anything. My response is always, "Yes, but why would you?"  To me, tango has a certain feeling, and I want that feeling to exist in the music that I dance to. Of course, that feeling is very subjective, but I think most dancers know it when they hear it.

There are some very good alternative songs that are excellent and fun for dancing tango to, but they need to be choosen very carefully and played at just the right time. There is no right and wrong answer to this, but if I play an Alternative Tanda, then I, almost always, follow it with a Vals or Milonga Tanda. The reason for this is that many people don't like alternative music and will not dance to it, so I play a Vals or Milonga to get everyone back on the floor, and to pump the energy back up. Also, I try to make my alternative sets the same length as my traditional sets. Also, since alternative songs are often much longer and I usually play no more than three of them, because I don't want the non-alternative dancers to have to sit for too long.

Pugliese is NOT Alternative
I have been to several large festivals, where I have not heard a single Pugliese tanda during a 5 hour milonga. If you go to any milonga in Buenos Aires, you will hear plenty of Pugliese and his music is very popular there. Sure, his music is more challenging to dance to, but you should not punish your good dancers. While Pugliese is not alternative, most of the people who dislike alternative music also dislike Pugliese. So, if I play an alternative, then I will not play a Pugliese, before or after it.

Modern orchestras may sound great, but in general they are recording for a listening audience and not for dancers. There are some exceptions, of course, but you should be very careful with playing modern orchestras. And, at most, one or two during a 4 hour milonga.

Music with Singers
I generally play music with about 80% with singers and 20% instrumentals. When I first started DJing, several people told me that you don't play music with singers, and that there are dance orchestras, but no dance singers. Let me be clear, this was horrible advice and is ridiculous. These people have never been to Buenos Aires and obviously know very little about Tango dance music.

Most of the greatest songs for dancing have singing in them and some of the greatest orchestra/singer combinations are staples of dancing: DiSarli/Rufino, D'Agostino/Vargas, De Angelis/Dante y Martel, Biagi/Falgas, Fresedo/Ray, Di Sarli/Podesta, Calo/Beron, Troilo/Fiorentino. To have a milonga without these combinations would be very poor DJing. The orchestras of Osvaldo Fresedo, Miguel Calo, Pedro Laurenz, Lucio Demare and Angel D'Agostino recorded very few instrumentals, so it would be difficult to even build an instrumental tanda of these orchestras without choosing songs that really do not go together.

During the Golden Age, the singers were like another instrument in the band and blended in. In the late-1940s, you can hear a change in the music. Not as many people were dancing and the singers became the stars. The orchestras started playing more for listening than for dancing and became support for the singers. There are recordings where the singer is so loud that it is hard to hear the music behind them. This is not good music for dancers and should be avoided.

3 or 4 Song Tandas
There are excellent reasons for both. I like both 3 song and 4 song Tandas, but often go for 3 song Tandas because, here in Atlanta, we have many more women than men at Milongas. 3 song Tandas allow for more Tandas in an evening, which means that people switch partners more often, and more women get to dance. I also feel that there is an energy shift between 3 and 4 song tandas. I find that 3 songs work well for less formal milongas and afternoon milongas, while 4 song tandas work better for more formal, evening milongas.

Also, I would rather hear a great 3 song tanda than a 4 song tanda where one of the songs is out in left field. I hear and feel this all the time. I am dancing with someone and we have found a great groove and then a song comes on that is totally different than the rest of the songs, and it ruins the tanda. It also makes me lose trust in that DJ.

And don't mix 3 and 4 song tandas. This only confuses people. Stick to one or the other during a single milonga.

Regardless of the length of your tango tandas, most DJs play 3 song vals and milonga tandas.

Some factors which would cause me to definitely consider playing 4 song tandas would be:  I am in a community which expects 4 song tandas. The milonga is large and it takes people a longtime to find partners and to enter and exit the dance floor. Most of the dancers at the milonga are very experienced dancers and/or the Milonga is more than 4 hours in length.

Make Notes and Accept Criticism
During a Milonga, I have a notes program open and I make notes of tandas that might need volume adjusting, or one song seemed out of place or the tanda just simply did not work. Also, always be open to friendly criticism from the dancers.

Clint's Tanda Collections
Here is a link to my favorite Tanda Sets. These are the tandas of all of the main tango orchestras, that I have used for years when I DJ at milongas. Great tango DJs should also be very familiar with the Orchestras of the Golden Age of Tango.

Thanks for your time. These are just my opinions and I could be wrong.